Functional programming is a coding style where the structure and elements of computer programs are treated as the evaluation of pure functions avoiding changing-state, mutable data, and many different side effects. Describing the paradigm or the design style from the theory point of view could be easy, but what about using it in production? What about writing open source code using this paradigm? What about stop using OOP, favoring composition over inheritance from our code, mutability, and start thinking in a declarative way?

Functional programming is just one of the programming paradigms we can use to develop software. Thanks to frameworks such as Apache Spark, Play Framework or Apache Kafka it's becoming popular still, it's not so easy to adopt for a classic OOP developer.

The whole Karumi team attended to the first two editions and the knowledge obtained from this event is astonishing. Here you have a list of topics you can review during this event:

Topics are awesome but speakers are even better. Last year we had Philip Wadler (aka Lambda Man), one of the main contributors to programming language design and type theory, as keynote speakers. This year there are some awesome speakers you can't miss already announced: 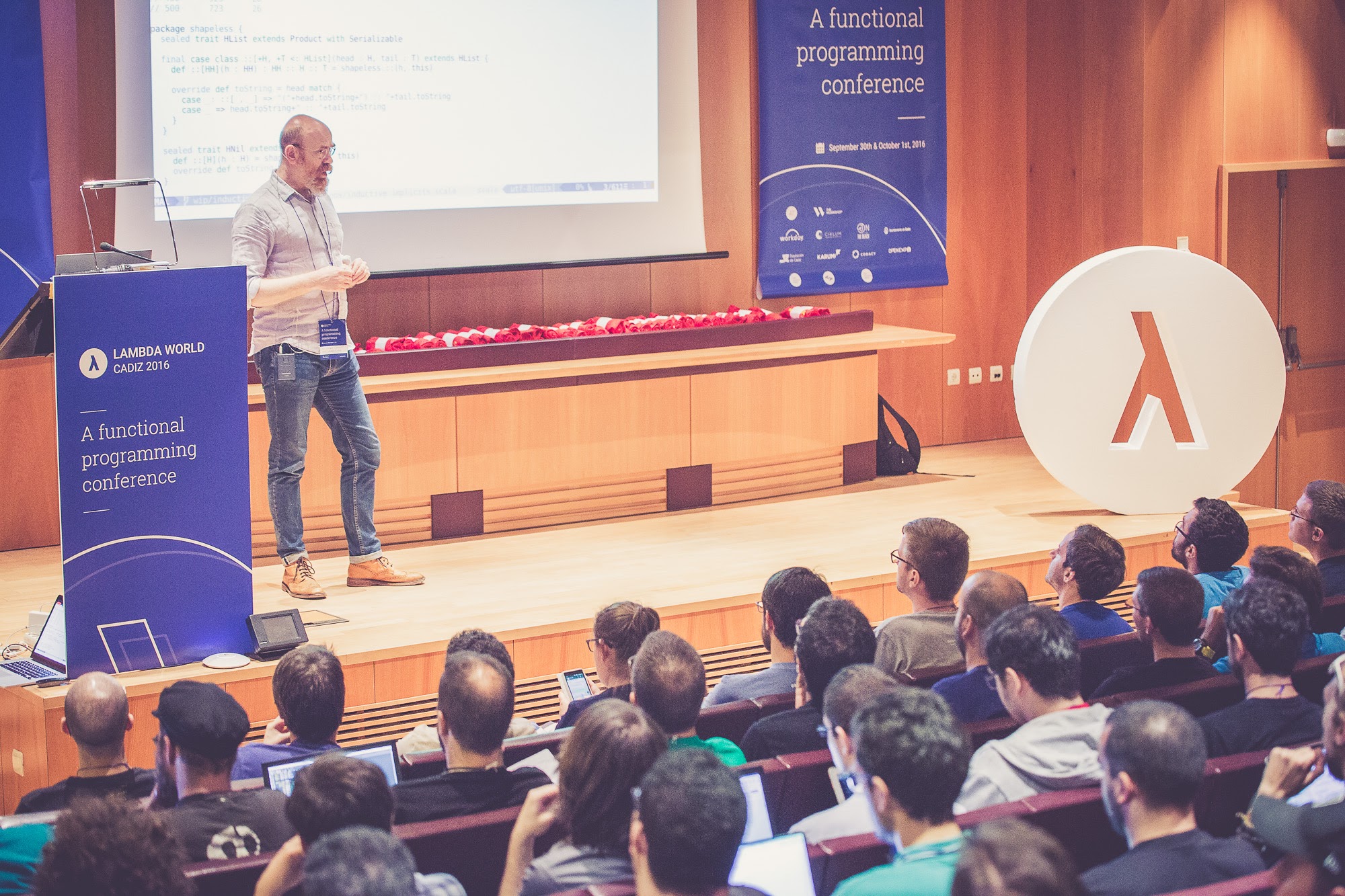 Last, but not least we need to talk about the organization and the venue. Placed in downtown Cádiz, we will have two tracks full of awesome talks organized by experienced community contributors where the comfort and the attendant's needs are always in mind.

If you are interested, you can already get your tickets here. See you there?